I attended the Chicago Writers Conference in 2015. It was my first conference ever, and I was both excited and terrified. Not being a particularly social person, the idea of spending three days mingling with and talking to total strangers with no familiar friends or my husband to hide behind was almost enough to prevent me from attending the conference.  But I was determined to enter the writing world, and so I stepped boldly into an unfamiliar bar in downtown Chicago on Friday night for the first mixer of the conference.

Throwing caution to the wind (and ignoring the gurgles of terror in my stomach), I walked up to the first friendly face I saw and said hello. That face belonged to the fantastic Mica Scotti Kole, and I am so glad that I was able to overcome my fears and meet such a fantastic person.

If you don’t know Mica, you’re missing not only a super cool person and a talented writer, but also an invaluable resource for other writers. She is the face behind Free Writing Events, aka @Writevent on Twitter, the clearinghouse for all free writing events on the Internet. Her website has not only the same calendar of free writing events, but also a plethora of other writing resources, from agent lists to conference recaps, writing advice, and more.

She is also the founder of Beta Frank, the “super-affordable editing service where the author sets the price and duration of the services – not the editor.” I had her go over my manuscript before I began querying and now I have an agent. Her invaluable insights and in-depth notes were instrumental in getting my book into its best possible shape, and I would recommend her to anyone looking for a high quality editor (she should really be charging at least triple what she charges – just saying).

I decided to kick off my interview series with a writer, editor, and person that I admire and I’m proud to call friend. So, without any further ado, here is my interview with Mica. 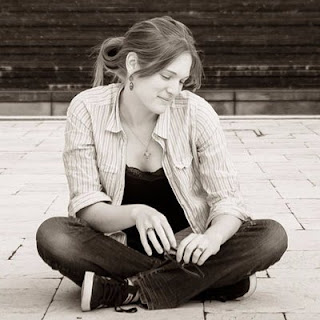 JF: Tell us how you got started in writing - what inspired you early on, what inspires you today, etc.

MK: When I was little, I used to play with Duplos - like giant Legos with animals - and write stories about the animals' adventures. I just unearthed one of these "books" recently while unpacking for a new house. The animals in my "Miracle Zoo" made hover-cars out of coconut juice. I'm pretty sure I was doomed to write fantasy from the very beginning.

JF: How did you become the queen of writing events?

MK: Aw, thanks! Well, when I first started Twitter, I discovered hashtag games like #1linewed and events like #PitMad, which were fun writing challenges and incredible networking opportunities that I had never heard of before... meaning that piles of other writers had never heard of them, either. I saw a need, and I started filling it, and the response was so stellar that I just kept going, widening my promotions to any events that were free and useful for writers. I'm highly organizational, so the resulting @writevent turned out to be pretty cool.

JF: Name one book that has influenced you in life, as a writer, etc.

MK: I always say The Golden Compass. I remember walking into a giant library, having no idea what to do, and asking a librarian. She gave me that book of the thousands available, and I was sold on fantasy forever... the accompanying His Dark Materials trilogy has it all: diversity, religious questioning, talking animals, multiple dimensions, death, and irreconcilable heartbreak. The Golden Compass taught me that an imaginary world doesn't need to be contained. It can be as big as you want it to be. I dislike writing contemporary to this day!

JF: What is your daily writing routine like? Do you have any particular rituals, must-haves, etc?

MK: I'm one of those one-track-mind people. I'll kick out 20,000 words in a few days, then veer off into another project and forget to write for a week. But my daily ritual involves cereal, loose-leaf black tea, and consuming some type of media: books, anime, or often the Daily Show with Trevor Noah. It takes me an hour at least to get through this ritual because that's how long it takes me to finish my tea (yes, it gets cold). Then I open my laptop, pull up Word, and dive in.

JF: How much research do you do for a writing project?

MK: None during the first draft, except when naming characters or the occasional "What type of feather is at the tip of the wing?" question. I do most of my research in revisions, with a special eye for the diversity-related research. But I do have an aversion to general research due to a decade of writing all A+ papers in every English class ever. I think some part of me believes I've paid my dues. That is not a good thing, lol.

JF: Are you a planner, a pantser, or a plantster?

MK: Depends on the project, but I think that inevitably we all become plantsters in the end - a hybrid. I'll either outline a book and end up down a rabbit hole, or I'll run down a rabbit hole and end up plotting my way out. I leaned primarily toward plotting early on, though, and I do recommend that. Plotting gives you a feel for pacing and structure that pantsing doesn't. You can learn a great deal about writing from plotting, but pantsing mostly just teaches you how to revise!

JF: You’ve written characters from underrepresented groups - please elaborate on the importance of that and what challenges you’ve faced writing these characters.

MK: I could say SO MUCH about this, but will try to limit myself. To start: writing diverse characters terrifies me. So many authors, either white/cis/nonreligious like myself or themselves diverse, have faced incredible vitriol for trying to write diverse characters. The fear that trying to elevate other voices might actually ruin my career - and even my life - is real. The fact is that mistakes will be made if one writes diversity, and writers will be hated for writing diversity no matter what they do. You can't please everyone, and you can only do your best. That said, one's "best" must involve sensitivity readers, research, and humility. Frankly I have said and done insensitive things without any idea I was doing it - and to learn my own failings and misconceptions, and have to apologize, is both painful and important. In addition, #ownvoices books must be elevated above non-#ownvoices books. I cannot possibly write about a transgender woman the way a transgender woman can write about herself, and I need to recognize that. All that said, despite the hate campaigns and the social justice warriors/bullies and all the other risks, if white/cis writers don't at least try for the most basic of inclusion, then our literature will be whitewashed. And white is the most boring color.

JF: What would you suggest as an essential bit of reading for aspiring writers?

MK: The Alchemist by Paolo Coelho will inspire you to chase what matters. This is my favorite book, and no, it's not a book that tells you how to write. For better or worse, I don't believe those kinds of books have ever helped me personally. Although if you're fresh to the writing scene, Bird by Bird by Anne Lamott is a must-read, and absolutely hilarious to boot. She'll warn you about all those things you need warnings for...

JF: What is the most useful writing advice you’ve ever received? The most destructive?

MK: Useful? To structure according to the Hero's Journey (or the 3-Act Structure, whatever works). This is such a game-changer and has helped me write better first drafts and get a keener eye for story... although, as I said, over time plotting may become more instinctive. And the most destructive advice, for me, was specific advice from an agent on how to redo my opening. The advice itself wasn't bad, but taking her word as gospel caused my opening to founder for ages. To that end, I'd advise second opinions if a change doesn't sound like it would work for you... remember, you know your book better than anyone else! But do pay attention if the second opinion matches up!

JF: The publishing world is a strange one right now - what do you see for the future of publishing in your genre?

MK: I see more diversity. They're afraid, now, to take these books on... but those that have succeeded, have done so very well. And as much as people love the same old tropes, a blurb about a police shooting or a Muslim teen catches the eye and sets the book apart more than "oh look, another clumsy female protagonist in a love triangle." Publishers want a hook, and that's the key: do you have a hook? I also see a shift toward YA over adult books in most genres. Virtual Reality storytelling isn't too far off, either.

JF: What do you suck at?

MK: Humor. At least, putting humor into things. I lean toward dark stories, and I need to work on the comic relief. I also struggle with getting the reader to connect to the main character early on. I work much harder on voice than I used to, and it still seems like it isn't working - but I have improved, and will continue to do so. Like Lisa Scottoline said about writing, "You never hit your stride."

I attended the Chicago Writers Conference in 2015. It was my first conference ever, and I was both excited and terrified. Not being a part...